In a lovely coincidence this happened on Independence Day. After a quick run to the store my partner and I cruised the local car dealerships since we could do so without being approached by salespeople. I drove up and down the aisles and she jumped out here and there to check sticker prices. At one point, as we chatted away, I paused mid-thought, and she filled in the rest. I hate this. Normally, I’d let out an exasperated sigh or snap, “Stop interrupting me!”* But neither of those things happened this time because a thought entered my head: “I’m not going to snap at her anymore when she does that.” And the next thing that happened was a feeling of relief, like I’d pulled a big rock out of the bag of rocks on my back and put it down. And the next thing that happened was my ego cried out in anguish, “What’s going to be left of me if I put this rock down? What about all of my other rocks? Who am I without my rocks?”

I’m not kidding. At that moment I believed that part of what makes me who I am is that I react with anger when I think my partner has interrupted me. Yes, I did laugh out loud at that thought.

I’ve regretted snapping before and promised myself to do better, be patient, learn to overlook it. But that response was inadequate as evidenced by the fact that I never stopped snapping. Those previous efforts were founded on the assumption that the story I told myself about my partner’s behavior had some foundation in reality. The story was: She never listens to me. That story fit neatly with my previous experiences (aka: bag of rocks). The youngest of six, raised in an often chaotic and noisy household, I could hardly get a word in edgewise. There are times when my partner doesn’t listen. But never listens? No, that’s empirically untrue. It turns out that every instance of her starting to speak before I finish speaking is not someone I love ignoring me or telling me to stop talking.

How is it that I finally noticed this truth? Practice. I spend a little time each day reading something, sometimes just a couple of pages, that challenges me to pay attention to how my mind works. And, my meditation practice is getting stronger. In recent days I’ve been asking myself, when uncomfortable feelings arise, “Am I going to throw away my happiness in this moment over this?” I take a deep breath, I let the feelings pass through, I deal with whatever needs to be dealt with, and then I let it go.

Or to paraphrase my hero Michael Singer, I am living my life rather than living my mind.

What practices are you using to watch your mind at work?

What’s in your bag of rocks? Which ones are you ready to put down?

*Communication nerds, like me, say that overlaps and interruptions are the same thing—two people speaking simultaneously. The difference is that overlapping speech is perceived as accidental for example, when one speaker apologizes and stops speaking in order to allow the other person to continue. Overlaps can also be perceived as cooperative speech where two people, often people who are close, finish each other’s sentences. In contrast, interruptions are perceived as an effort to stop the speaker from continuing.

In summer, while waiting for me to pick her up, my mother often sat on the front terrace of her apartment building with Doris a woman in her late 90’s with a sharp mind and tongue to match. Indianapolis gets really hot in the summer and when people walking past them commented, unfavorably, on the heat, Doris would snap, “Well it’s summer isn’t it?”

Of course I never mentioned it to Doris, but after living in Minnesota for more than 10 years, I found Indianapolis summers brutally hot and uncomfortable. * Then one late spring day as I brooded about life, I thought of Doris and her acceptance of reality. I decided to make a small gesture toward acceptance by giving up my habit of complaining about the summer weather. I thought this minor but frequent act might be functioning as a gateway to finding fault with the world around me and I wanted to know what would happen if I closed it.

Days passed and the heat intensified but I knew enough about mindfulness that it wasn’t that hard to catch myself starting down the, “God, it’s hot” path. I often turned my attention to admiration and appreciation of the beautiful flowerbeds that filled my neighborhood and the campus where I worked.

What I hadn’t considered before making this commitment was, other people. At home and at work, with close friends and strangers, everyone seemed to use the weather as a form of greeting. In graduate school I studied something called conversation analysis, which studies the patterns and mechanics of interpersonal dialogue. One clear observation is that we don’t reject another person’s opening gambit easily; agreement is the norm. As an individual, I tend toward being agreeable anyway so when people said, “Don’t you just hate this muggy weather?” I was in a jam. I didn’t want to snap at them as Doris would have or go all goody-two shoes on them, “I think it’s a lovely day.” I didn’t want to keep my commitment to myself by making someone else feel disconfirmed. I settled for chuckling and saying, something like, “Oh but wasn’t it a glorious spring?” No one ever seemed offended and often people smiled or nodded in agreement. Fortunately, it had been a glorious spring.

It was a particularly long, hot summer giving me countless opportunities to turn away from the familiar habit of mindless negativity, turn toward accepting reality as it is, and sometimes even bringing others along for the ride.

*Of course, it wasn’t so much the heat as the humidity. Sorry, just had to get that in here

What, if any, common aspects of daily life do you find yourself complaining about—weather, traffic, long lines?

What do you think will happen if you redirect your attention away from those negative thoughts? How do you think other will react if you stop making negative comments about those things?

A few mornings a week I get up, drink a cup of coffee, and watch a PBS program that claims to help us age backwards. The host who may be 90 but looks 50 takes viewers through a full-body workout in 22 minutes. She often tells us, as we lunge and squat, that we don’t need to use weights because the body itself is a weight. Sister, have you given me an apt metaphor! Although I’m not thin, the heaviest weights I carry are not physical but are the stories of the past that I bring to bear on the present.

The other day my partner came home from the gym at about 7 a.m. and said, “I can’t dawdle, I’ve got to get to work.” Immediately I felt tense, rattled, and rushed as I engaged in a very heated interior monologue about how her failure to prepare did not constitute an emergency for me. As I continued making breakfast I also thought about how much I didn’t want to feel mad at her. That gave me enough of a pause to put some distance between myself and my thoughts and feelings. When my partner came into the kitchen I was calmer and said, “Are you mad at me?” She looked deeply confused and said no. I said, “So when you said that you couldn’t dawdle, you were really talking to yourself not me.” She nodded.

My alternate title for this post was, “If only you would . . .” as in, “If only you would change seven or maybe twelve things about your interactions with me, then I could be happy and I really don’t think that’s too much to ask.” In this situation, “If only you would be more careful in your speech.” Why? Because I don’t just hear her say she’s rushing, I hear her say, “I’m rushing and you’re being too slow and if I’m late it will be your fault.” My impulse then is to blame her for my unhappiness. After I am the person to whom she appeared to be speaking. But I’m no longer satisfied with that conclusion.

As I reflected on the tension, anxiety, and anger I’d felt I had a little flashback. When I was a kid, my mom was often rushed in the mornings and her behavior looked and felt like anger toward me. It scared me. I tried to be perfect and faultless so that I wouldn’t make her angrier. As an adult, I know she wasn’t angry. She was stressed and overwhelmed.

My partner is not perfect (even she would admit that!). But neither is she the cause of either my happiness or unhappiness. She could change all of the things I think stand between me and a stress-free existence and it won’t make any difference if I continue to weigh our present down with my past. 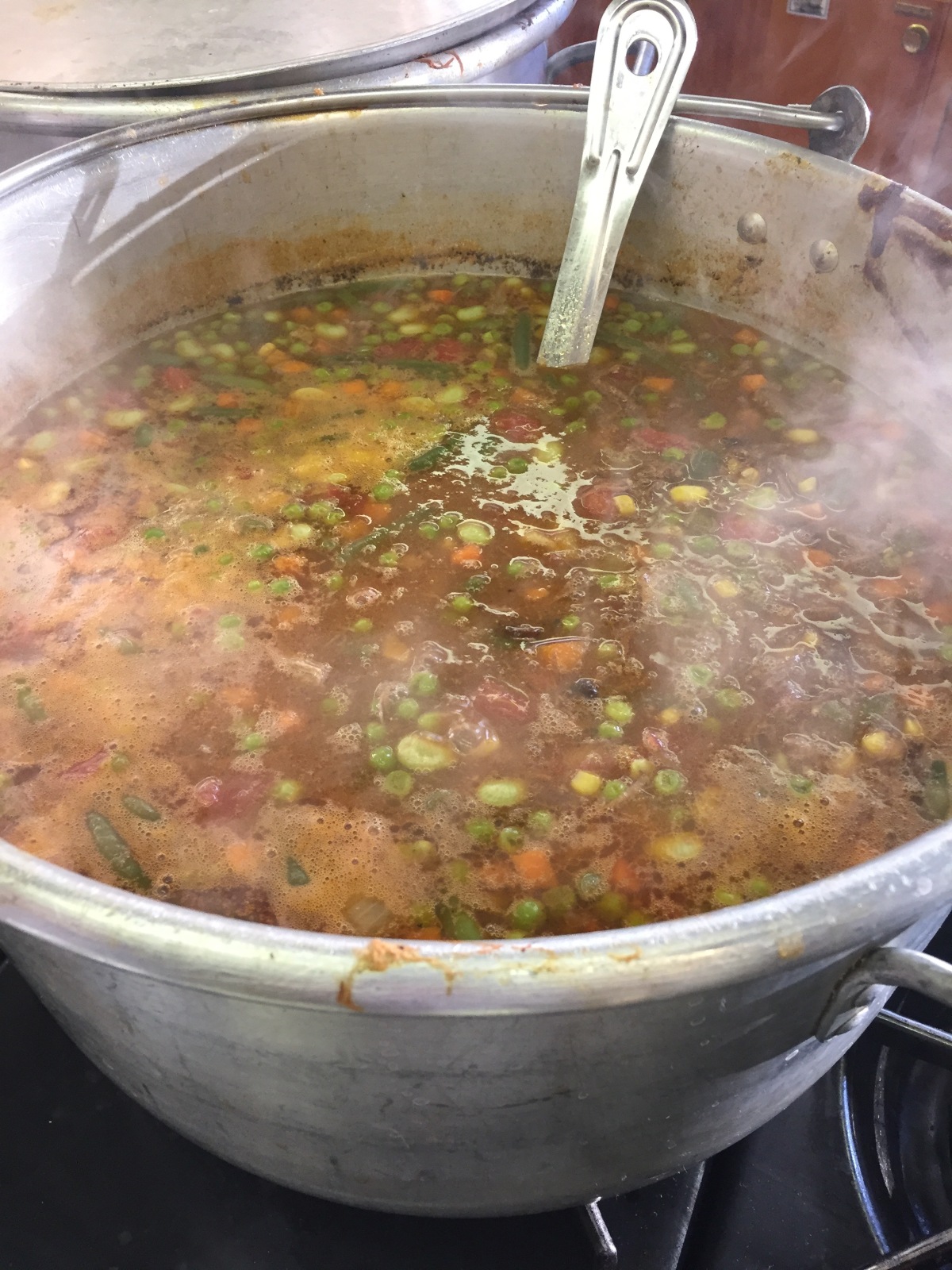 It doesn’t take much to get me started. Set the date for a family visit, schedule a meeting with co-workers, agree to speak on behalf of my favorite non-profit and my mind becomes a bubbling cauldron of anxious imaginings—who will be there, what will I say, how will I say it, what will they say, how will I respond?

In anticipation of meetings or classes or conversations with colleagues and loved ones, I prepare relentlessly. It’s become such a familiar habit that I thought everyone did it and when people compliment me on what they believe are spontaneous comments, I feel a bit like a fraud because I know how much energy I spend turning my thoughts into intelligent remarks.

I believe the world would be a better place if everyone thought about what they were going to say before saying it. The philosopher Mikhail Bakhtin wrote, “The word is a two-sided act.” Speech is both from someone but also, always for another and it’s worthwhile to consider the other before speaking. I’ve had a lot of successful interactions with a wide variety of people because I am thoughtful about what I say and how I say it.

But in recent years, as I’ve explored mindfulness, I’ve come to question this practice. I don’t want to be less careful and thoughtful in my speech but there’s a difference I want to embrace between a thoughtful practice and a mindless, energy depleting, anxiety producing habit.

I’ve observed not only my habit of rehearsing but also my habit of replaying scenes that have already occurred and revising them for a better or at least different outcome. This latter habit reminds me of the French expression esprit de l’escalier. It means staircase wit—the clever remarks we think of too late. Who among us hasn’t reviewed our encounters with others and thought of the perfect rejoinder we failed to come up with in the moment? But I don’t just imagine a smart retort here and there. Some interactions seem to play on an endless loop in my brain. Like my rehearsal habit, there’s some value in examining past actions as a pathway to living more authentically, to being willing to see the impact of our behavior on others. But when I stop myself several times a day to notice what my mind is doing and the answer is almost always rehearsing for the future or rehashing the past, then I know that the one thing I am absolutely not doing is living in the present moment.