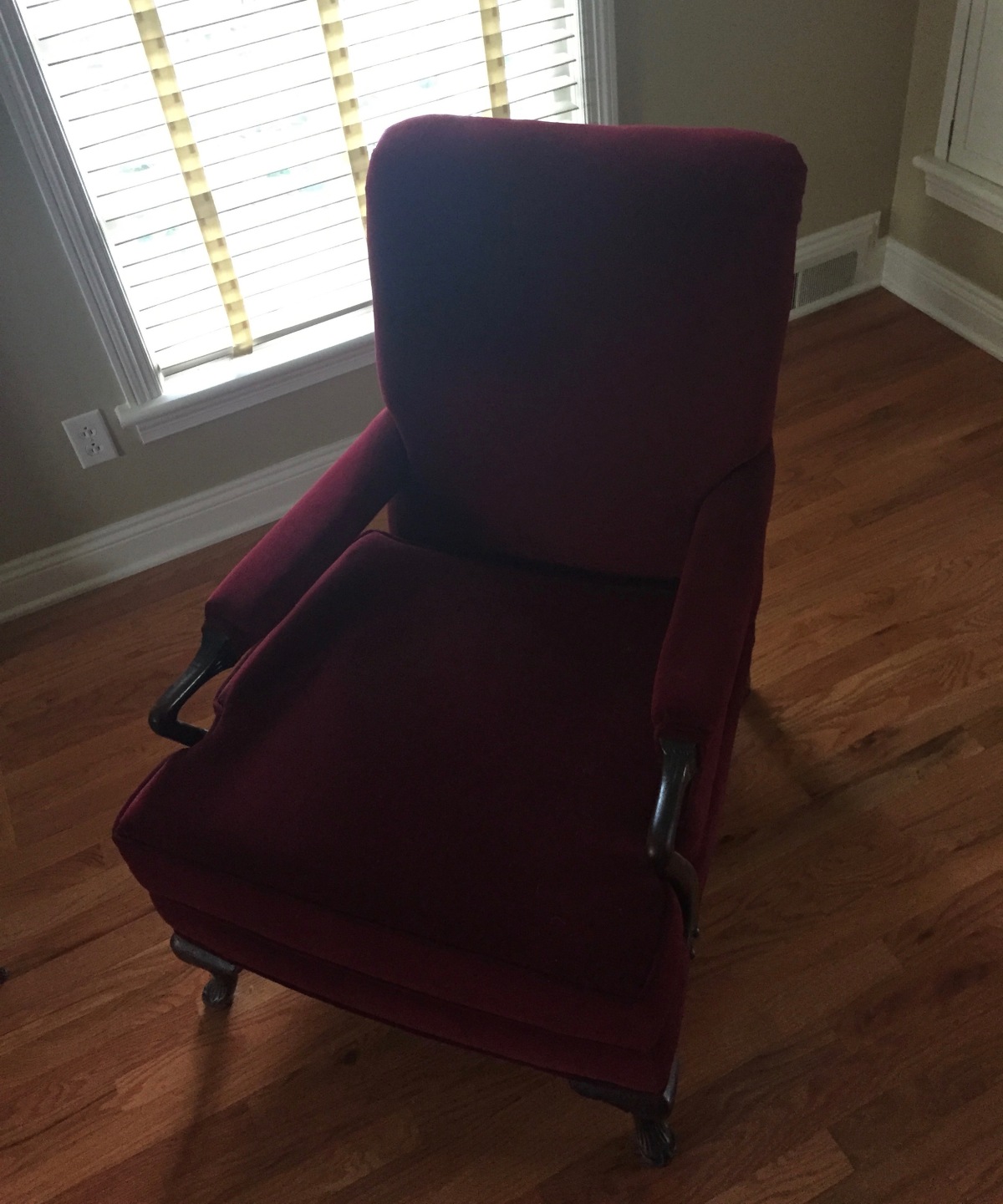 My father died earlier this month while my partner and I were traveling out of the country. My oldest brother tried to reach me by phone but finally sent a text, “Dad passed last night.” I said to my partner, “My father died.” She said, “I’m sorry. Am I?”

Where my father is concerned, I have never known very much about my feelings. Apparently my lack of clarity is transferrable.

When I told my oldest friend my father had died, he listened to me talk for a while then said, “You’re telling me a lot about your brothers and sister and even how your mother might feel [she died three years ago] but I don’t know how you feel.”

There’s a photograph. I am five, wearing pajamas, clutching Raggedy Ann. Grinning broadly I reveal a gap where I’ve lost a front tooth. I’m perched on the edge of the overstuffed chair we inherited from my mother’s mother. Behind me, my father sits legs crossed, also grinning, with a cigar in one hand and a tumbler of whiskey in the other. Less than a year later he left and I didn’t see him again for more than 30 years.

Once, when talking with grad school friends, I made a passing reference to my father. They turned to each other and nodded. “What?” I said. They looked uncomfortable and finally Debbie said, “You’ve never mentioned your father before but you talk about your mom. So we’ve tried to figure out if he was dead or just out of the picture.”

I felt surprised that my friends speculated about my father. I also felt something like satisfaction. To have elided him from my biography such that others couldn’t tell if he was dead or alive gave me hope. If they couldn’t see him, maybe they also couldn’t see the shame and inferiority that hung over me like a shroud because I have a father who deserted his family.

After he left, my mother’s anger and my siblings’ grief filtered every view I had of him. Like a ghostly presence, he was often discussed, but no more than a face in some photographs to me. I could tell you everything my mother ever said to indict him. I could tell you everything my siblings ever said in an effort to rehabilitate him in my eyes. And I still would be no closer to telling you how I feel about him. But I can tell you what I want to feel.

For my siblings caught between a terrified, angry mother and an absent father.

For my mother shamed by family, church, and culture into believing a failed marriage made her a failure.

For my father who did the only thing he could think of to save his life.

For myself struggling to find my truth among people I love whose truth will never be the same as mine.

Teacher, mentor, and coach are the roles I’ve most often played in my professional life. Listening, clarifying, and encouraging best describe my methods. I provide one-on-one coaching where I listen deeply, offer clear observations, and provide new perspectives. View all posts by Mariangela Maguire